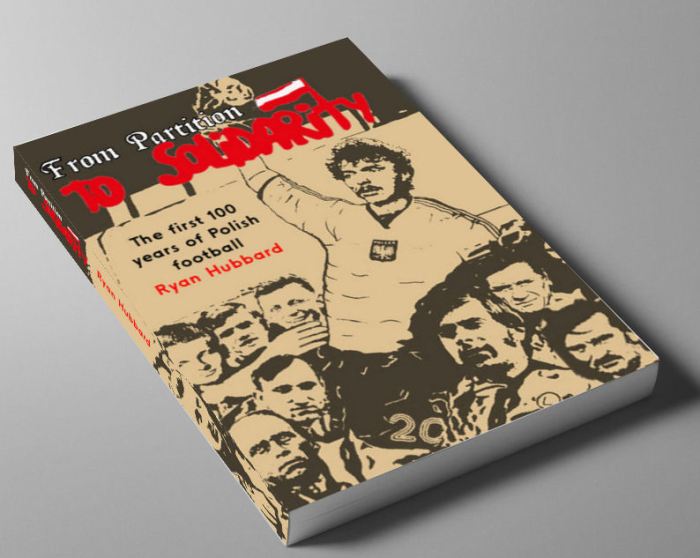 Whilst the history of 20th century Poland is well documented, the history of its football is not. In From Partition to Solidarity: The first 100 years of Polish football, Ryan Hubbard attempts to show that, however separate the two subjects may seem, an inextricable and often fascinating link between the two has always existed.

The book is split into six acts, each covering a different era of the country`s recent history:

• “A Partitioned Poland” details the early years of Polish football, in a ‘country’ battling for independence from its three partitioning rulers.

• “A Reunified Poland” recounts the creation of league and cup competitions, and the early years of the national team, against the backdrop of a country struggling to both establish and identify itself in a vastly changed Europe.

• “An Occupied Poland” tells of how Poles, decimated and displaced due to the bloodiest conflict in human history, used football to keep spirits high – often despite the risks in doing so.

• “An Oppressed Poland” focuses on Poland being dragged under the wing of the Soviet Union, and the country’s successes on an international stage at a time when oppression was rife back home.

• “A Rebellious Poland” concentrates particularly on the 1980s, and the role that football played in the fight to bring down communism.

• “A Free Poland” touches on Poland’s transformation into a western-style democracy, and dealing with the problems which for years had been hidden by communist cover-ups.

Starting from its humble beginnings in Austrian-partitioned Poland, and ending a century later in a post-communist world, it is difficult to ignore the impact that 123 years of partition, two world wars and over 40 years of Soviet puppetry has had on a rapidly developing Polish game.

Through the stories of Ernest Wilimowski, Kazimierz Deyna, Zbigniew Boniek and many more, From Partition… tells the astonishing history of Polish football like no other book has done before.

The book is now available in both paperback and Kindle book format, from the following retailers: